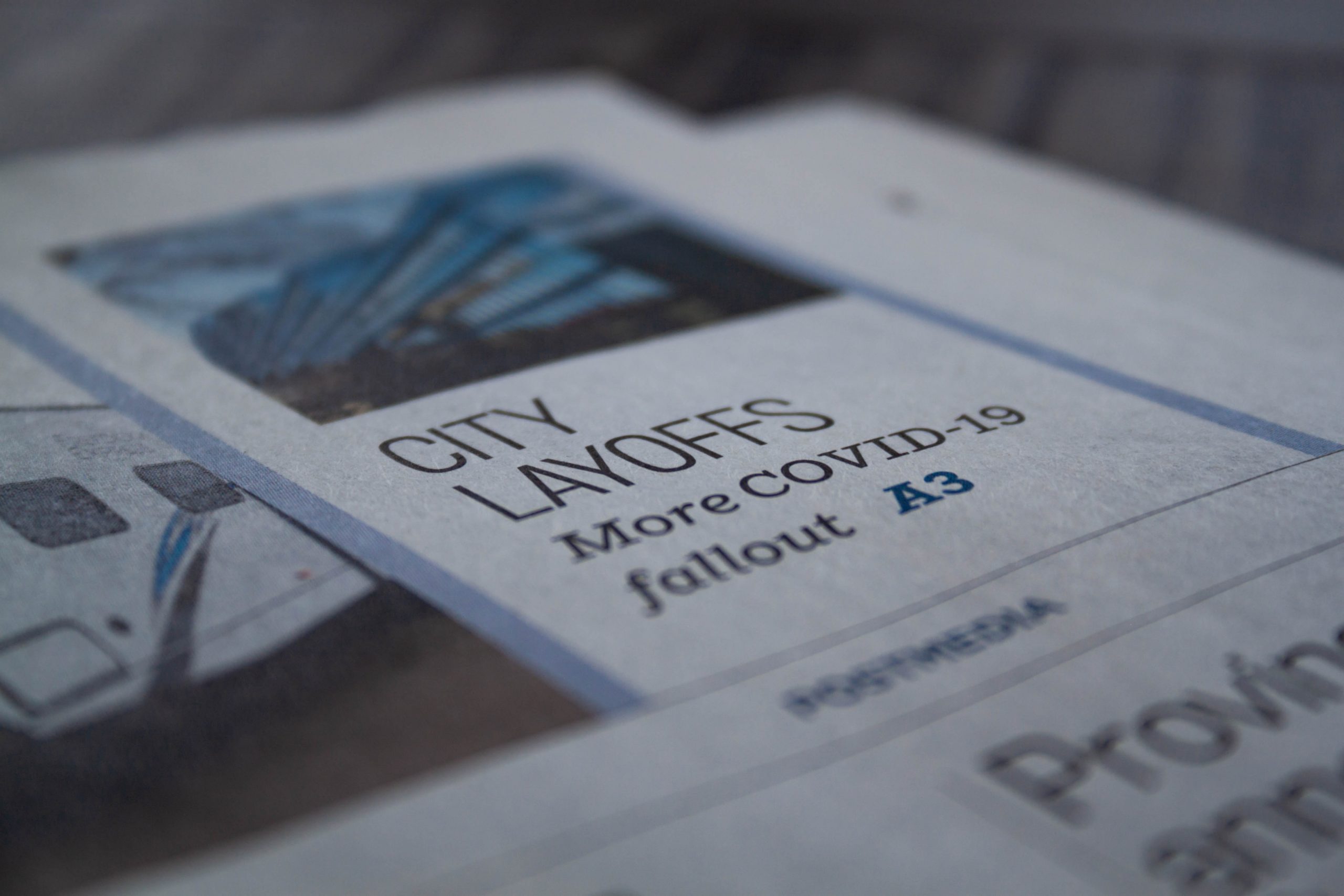 Thinking About Unemployment, Layoffs, and Stimulus

On Friday, October 2, financial markets were unsettled by news that President Trump and the First Lady had tested positive for coronavirus. They also were concerned about the U.S. employment report. Economists expected that 850,000 new jobs in September. Instead, 651,000 were created. That’s a significant shortfall.

The data suggests U.S. economic recovery is slowing. In March and April 2020, the economy lost almost 22 million jobs. Since then, about 11 million jobs have been regained. To get back to where the country was before Covid-19 arrived, the U.S. needs to create 850,000 jobs a month for 13 months.

Will there be another recession?

While slower jobs growth doesn’t necessarily mean another recession is ahead, recent layoff announcements are troubling. Unemployment and recession can create a downward economic spiral. When economic activity slows, companies often lay off workers. Unemployed workers have less money to spend, which further slows economic activity, and so on.

Recently, Walt Disney Co., Allstate, Goldman Sachs, Shell, Exxon, Halliburton, Marathon Petroleum, United Airlines, and other companies have announced they will be reducing the size of their workforces soon. Some of the cutbacks are being attributed to the coronavirus, but a new trend is emerging. In September, many companies said layoffs were the consequence of:

These are reasons typically given for layoffs during a recession.

Layoffs sometimes boost a company’s share price. That’s because cutting jobs reduces payroll costs and that can make a company’s short-term financial performance look better. Investors who focus on long-term outcomes review company fundamentals carefully after layoffs are announced. A workforce reduction can be a sign of poor management or eroding demand for a company’s products and services.

Not every company is laying off workers, though. Companies in the technology sector, and in other pandemic-resilient sectors, have outperformed so far this year. A company’s ability to effectively respond during a crisis may become criteria that is, “… relevant to investors’ portfolio choices, banks’ lending policies, and managers’ investment decisions,” according to a recent academic paper.

Will more stimulus improve the pace of recovery?

It depends on who you ask. Some people, like Federal Reserve Chair Jerome Powell and Treasury Secretary Steven Mnuchin, have said more stimulus is necessary. So far, monetary and fiscal stimulus has helped people and businesses cope with financial stressors created by the pandemic. The challenge is knowing how much stimulus is enough. The Economist reported,

“The choice ahead is tricky…withdraw stimulus too soon and the economy could remain mired in a slump, retarding the growth of frontier industries. Keep it going for just long enough, though, and the decision to allow the pandemic to destroy some jobs and companies, the better to let more robust and productive ones rise in their place, might one day be seen as remarkably fortuitous.”

We’re living in difficult times. No one is certain what the world will be like a year from now. In the face of so much uncertainty, it’s critical to remain flexible and adapt as circumstances change.

This website uses cookies to improve your experience while you navigate through the website. Out of these, the cookies that are categorized as necessary are stored on your browser as they are essential for the working of basic functionalities of the website. We also use third-party cookies that help us analyze and understand how you use this website. These cookies will be stored in your browser only with your consent. You also have the option to opt-out of these cookies. But opting out of some of these cookies may affect your browsing experience.
Necessary Always Enabled

Performance cookies are used to understand and analyze the key performance indexes of the website which helps in delivering a better user experience for the visitors.

Analytical cookies are used to understand how visitors interact with the website. These cookies help provide information on metrics the number of visitors, bounce rate, traffic source, etc.

Advertisement cookies are used to provide visitors with relevant ads and marketing campaigns. These cookies track visitors across websites and collect information to provide customized ads.

Other uncategorized cookies are those that are being analyzed and have not been classified into a category as yet.